Over a period of three installments, we will be publishing portions of this report, “Digital Inequalities, E-Waste, & Right-to-Repair,” authored by Dr. Amy Gonzales, as part of a blog series on digital equity and device access policies. If you’d like to read the report in full, you can access it here. In this post, the second in the series, we highlight the second body of policy research focused on e-waste, or waste associated with electronic materials. You can read the first here. 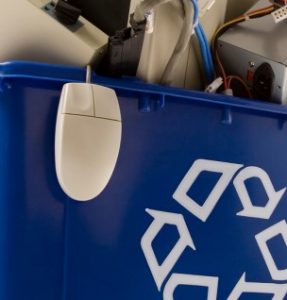 E-waste is considered the fastest growing form of waste, with 53.6 million metric tons of waste created in 2019 alone and 2.5 million metric tons of new electronic consumption added each year. Yet, much of the e-waste discarded annually has the potential to be refurbished and reused. Such practices promote a “circular economy,” or an economy where waste is minimized wherever possible.

Because refurbished devices are often sold at a reduced cost, increased computer refurbishing would also create more affordable computer options for low-income households, thus addressing both environmental and digital equity concerns. Although there are robust industries for second-hand cell phones, the focus of this report is on large-screen devices.

There are a variety of policy approaches encouraging the recirculation of large-screen computing devices. The centerpiece of these in recent decades has been the Basal Convention. This treaty, put into place in 1992, discourages the shipment of hazardous waste, such as e-waste, from high-income to low-income countries.

Although there are concerns about persistent loopholes within the treaty, its aim has been to mitigate the toxic effects of e-waste on the people and environments in low-income countries where it is disproportionately processed. By forcing wealthy countries to process their own e-waste, which can be expensive and complex, it is designed to incentivize the 3 R’s – reduced use, recycling, and reuse, the latter being most relevant here.

Beyond the Basal Convention, researchers advocate for a variety of other policy approaches with different targets that may take place across public and private sectors. For example, policies targeting consumers increase awareness of the importance of reuse. They can utilize financial incentives or centralized buy-back campaigns to increase donations of used devices.

These can include, but are not limited to policies that:

All of these might increase the number of second-hand devices in circulation. Though, it is important to note there is tension between refurbishers, who advocate for added government intervention, and second-hand retailers, who want greater freedom in managing implementation of EPRs. Better e-waste policies play a valuable role in reducing digital and social inequalities.

Investing in the refurbishing industry specifically not only broadens the second-hand device market, it can also create jobs. Of course, these policies mentioned here are not mutually exclusive. In fact, a multi-pronged policy approach is the best way to optimize policy to reduce e-waste. Having said that, it is important to note that there are real barriers to reducing e-waste. To start, even with a healthy refurbishing industry, there is no guarantee devices will be reused.

In fact, the condition of devices and price of metals often push devices towards recycling instead. The cost of labor and scarcity of skilled repair workers may also be a problem for the refurbishing market in some places. However, despite these barriers, there is ongoing interest from around the globe in supporting the refurbishing industry as a means of streamlining a circular economy.

Amy Gonzales is an Associate Professor in the Department of Communication at the University of California, Santa Barbara. Her work examines the digital divide, particularly short-term disruption in access to devices, and the effects of social interaction via communication technologies on well-being.

She is especially interested in these phenomena for people from disadvantaged communities. Her work aims to advance theoretical understanding and real-world solutions that may mitigate the long-term consequences of new digital infrastructures that otherwise exacerbate existing social inequalities. 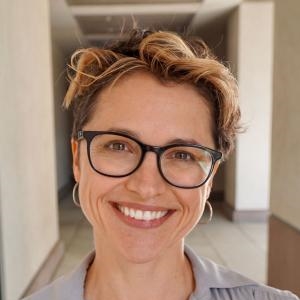 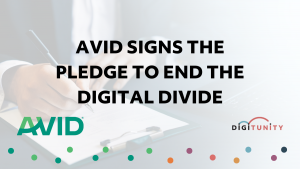 By weaving digital inclusion practices into their strategic initiatives, partners can help achieve equity in education and employment while building communities and civic engagement. NORTH 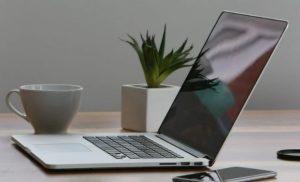 Is My Used Computer Worth Donating to Someone in Need?

What type of tech problems are most disruptive to continued computer use and why device support is critical. 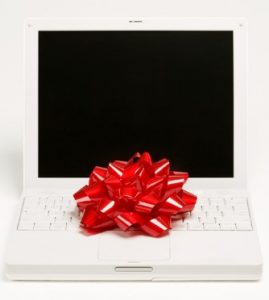 We Bought Computers, Now What?

What type of tech problems are most disruptive to continued computer use and why device support is critical.

The need for computers has never been greater.​ Sign up for our newsletter.